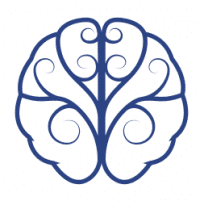 Mentalization based therapy (MBT) is an evidence-based therapy that helps you learn to identify and understand the thoughts, feelings, and needs of yourself and others. Difficulty with mentalization leads to emotional and behavioral problems and underlies many psychological disorders. Dr. Payam Kharazi and the team of clinicians at Psychology Beverly Hills have extensive experience using MBT to help patients regain their mental well-being and improve their relationships. If you have questions, call the office in Beverly Hills, California, to request a free phone consultation or schedule an appointment. You can also request an in-person or telehealth appointment online.

Mentalization Based Therapy (MBT) Q & A

Mentalization is the ability to recognize, understand, and pay attention to your intentional mental states, which include your:

When you’re adept at mentalizing, you can also discern the mental state of other people. Though you don’t know for sure until they tell you, you can perceive their feelings and thoughts based on what they say and do.

The process of mentalizing is directly related to your emotions and behaviors. Intense emotions interfere with your ability to identify or pay attention to mental states.

Being unable to mentalize makes it hard, if not impossible, to control your emotions and impulses. In both cases, poor mentalization skills lead to behavioral problems.

Where do mentalization skills come from?

Most people have the natural ability to reflect upon and understand their state of mind. As children and teens mature, they also learn skills like thinking before reacting, considering the consequences of giving in to impulses, and asking people about their thoughts and feelings.

Difficulty with mentalizing is believed to have its roots in early development. The problem arises when children don’t form a solid attachment with their parents or suffer neglect during their childhood.

Additionally, some developmental disabilities and early-onset mental health disorders may interfere with mentalization in children and teens.

What is mentalization-based therapy (MBT)?

MBT is a psychodynamic approach that focuses on increasing your ability to mentalize. Therapy begins with learning how to recognize your emotions and developing the ability to keep them under control. This critical skill, called emotional regulation, strengthens your ability to think before reacting to feelings and impulses.

Your therapist teaches you how to identify your own thoughts, feelings, and desires. As your mentalization skills improve, you gain deeper insight into how your mental state influences your actions.

You also learn to better understand other people’s mental states. This gives you the ability to discern their intent and makes you less likely to misinterpret them. Strong mentalizing lays the groundwork for open, honest communication and building solid, respectful relationships.

What conditions are treated with MBT?

Psychology Beverly Hills may use MBT alone or take an integrative approach and combine it with elements of other therapies, such as cognitive behavioral therapy (CBT).

MBT is proven to effectively treat many psychiatric disorders, including:

To learn more about MBT, call Psychology Beverly Hills, or use the online booking feature to request an in-person or telehealth appointment today.